Keeping these two characteristics in mind, we can say that a continuous random variable will have a uniform distribution if all the possible values in the given range have a uniform or same probability.

A continuous uniform distribution has the following characteristics.

If X is uniformly distributed between 0 and 100, it can be represented as follows: 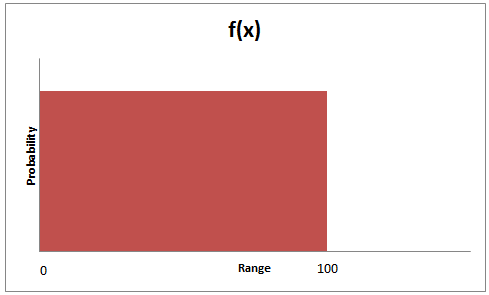 Let’s say you want to calculate the probability of the value falling between 20 and 40. This will be calculated as:

This is shown below: Since each possibility has an equal probability of occurring, the cumulative uniform distribution function will be a straight line, as shown below: