The following z-table shows the probabilities for z values ranging between – 3 and 3. 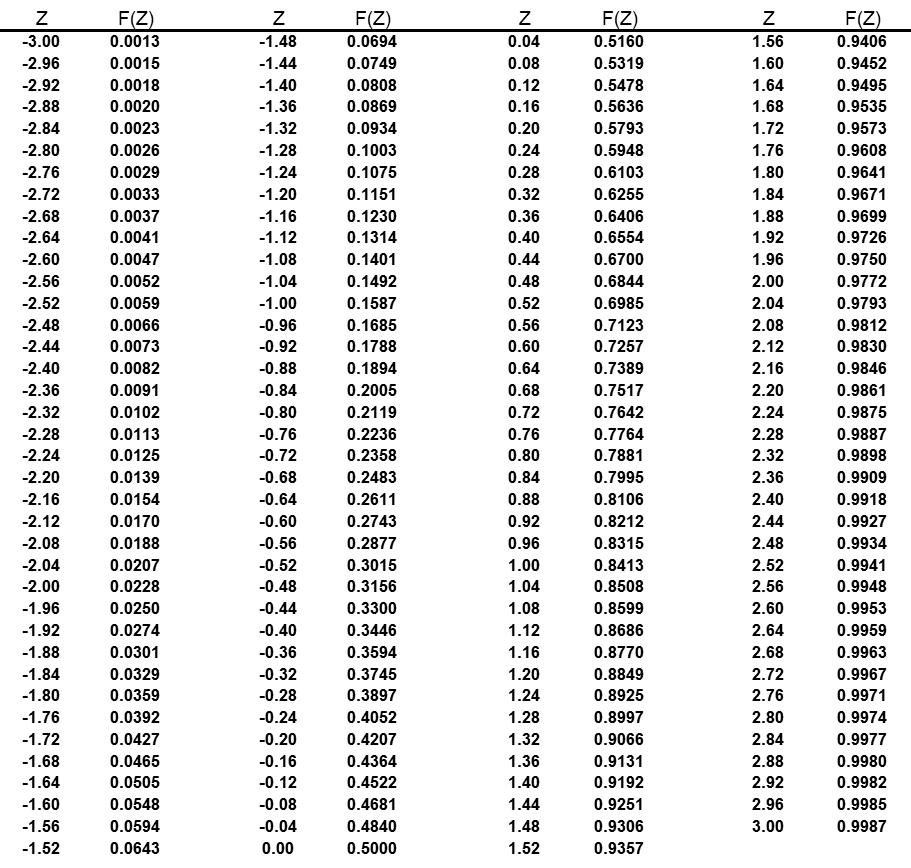 In the above table, F(Z) is the probability that a variable from a standard normal distribution will be less than or equal to Z.

Let’s continue with our earlier example. The dividends paid by a company every year are normally distributed with a mean of $10 and a standard deviation of $2. If the company pays a dividend of $14 this year, its z-score is 2 indicating that the current dividends are 2 standard deviations above the mean.

We are required to calculate the probability of z being between -1.2 and 0.80. This is demonstrated below: