A Guide to the Federal Reserve

The Federal Reserve is the central bank of the United States of America. Its primary functions are the formulation and implementation of the country’s monetary policy, ensuring the stability of the country’s financial system, the efficiency of banking services, safe payments and settlements, and understanding consumers’ financial needs and protection of their rights.

Why Was the Fed Created?

The Federal Reserve System is structured into three parts. The Board of Governors, the Federal Open Market Committee (FOMC), and a decentralized network of 12 Federal Reserve banks operating from different geographic locations spread throughout the US.

At the heart of the Federal Reserve System is the Board of Governors which is an independent governing body. It consists of 7 members who are nominated by the President and confirmed by the Senate. They oversee the 12 Federal banks, and monitor and oversee the financial system in the U.S.

They operate from Washington D.C. and report to Congress and are accountable to it. Twice a year the Board makes a report presentation of the Monetary Policy of the country before Congress. Congress in turn sets Monetary policy goals.

FOMC is the monetary policymaking entity of the Federal Reserve System. It is composed of 12 members. The 7 members of the Board of Governors and 5 presidents of the 12 Federal Reserve Banks make up this group. They assess the economy and the policies that need to be formulated. They also oversee open market operations. They also authorize currency swaps and large capital expenditures.

The 12 Federal Reserve banks serve the nation’s central banking. They do not serve individuals or provide banking services to them. They provide accounts to depository institutions, supervise all bank holding companies and member banks and help lay down the monetary policy. 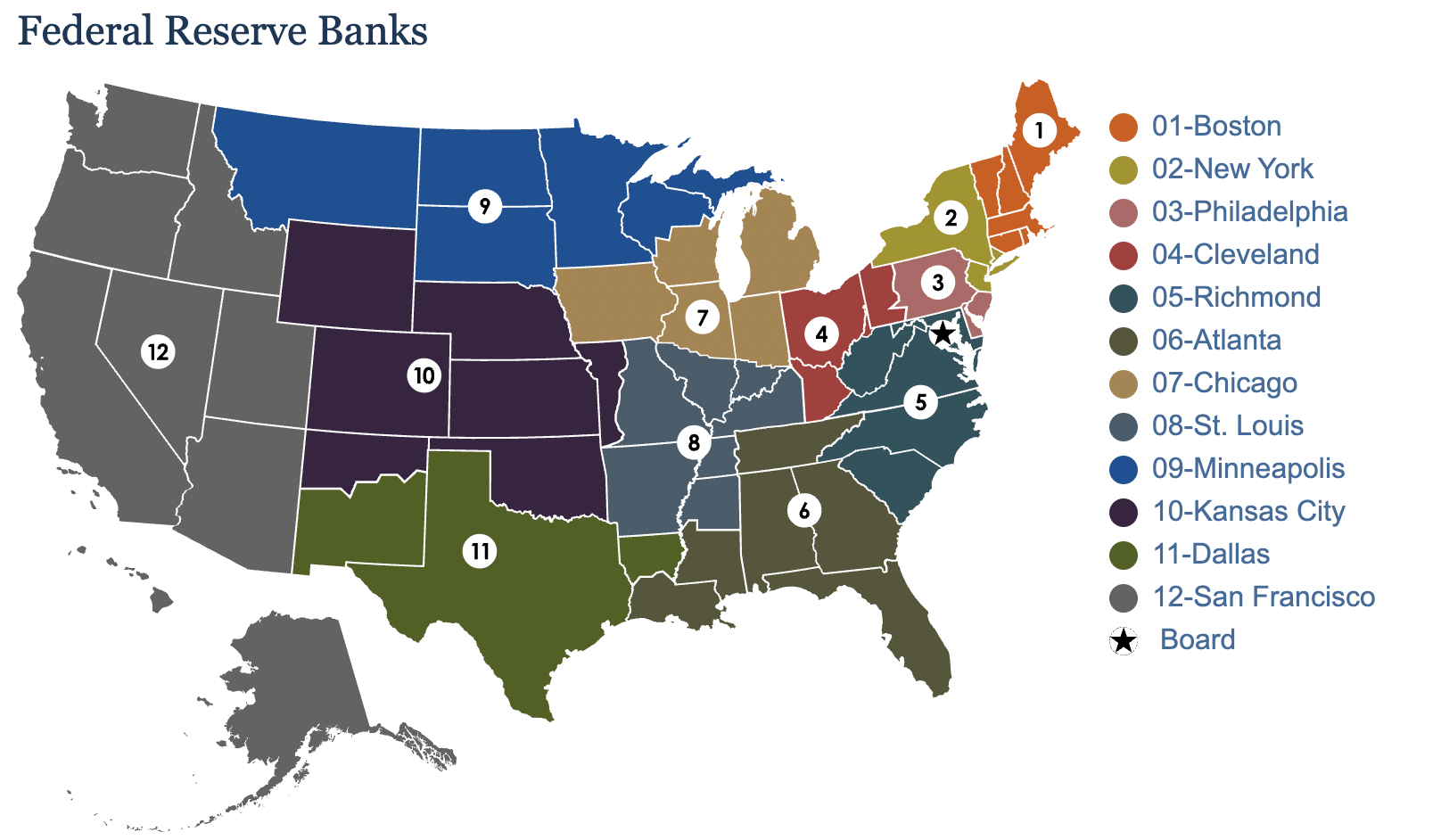 Functioning of the Federal Reserve

The Federal Reserve System, while accountable and reporting to Congress, is in no way funded through a Congressional budget. It acquires government securities through the open market and its income is primarily the interest it earns from such securities. It covers its expenses through this income and deposits the remaining into the U.S. Treasury.

The key objective of the Federal Reserve system is to ensure maximum employment and stable prices.

The Federal Reserve has several policy tools that it uses to implement monetary policy. Open market operations to adjust the supply of reserve balances to maintain the FOMC recommended federal funds rate. The Federal Reserve lends to depository institutions and this is known as the discount window. This gives depository institutions ready access to funds and helps them manage liquidity risks.

The Federal Reserve charges interest to depository and lending institutions on the loans they fund. They offer primary, secondary and seasonal credit to these institutions. The Board can establish reserve requirements on depository institutions, especially on certain types of deposits and other liabilities. They also use overnight reverse repurchase agreements, liquidity swaps, term deposits, standing overnight repurchase agreement facility, and foreign and international repo facilities to maintain the federal fund rate.

The Federal Reserve System is audited by several agencies. The Government Accountability Office, the Office of the Inspector General, an outside auditor and a publication of their weekly balance sheet. The Board also publishes its financial statements and for its Reserve Banks in an Annual Report. The Federal Reserve finalized the decision to implement Basel III capital rules in the U.S. in 2013.