Passing the CFA exam is extremely difficult and time-consuming, but it’s certainly worth it in the long run. If one examines career trajectories within the financial industry, most of the top positions are reserved for people who have some type of initial designation following their name. Whether it’s an MBA, a CPA, or a CFA, it matters, but the latter-most may carry the most weight.

Attaining the coveted CFA accreditation can really open up some proverbial doors with regard to a career at a financial firm. But, which actual office doors may it open in the future in terms of employment? Let’s break down the jobs that are available to those who have their CFA charter.

This is the job into which the bulk of CFAs will fall, as somewhere around 23 percent of charterholders end up in this position, according to the CFA Institute. This role is research-intensive, making it popular for people who want to delve into the numbers and understand the markets.

Whether the research is carried out for a single fund or a broader investment group is based on the size of the firm and the experience of the given portfolio manager. But, with rare exceptions, this role involves meetings with internal analysts, speaking with other researchers, handling clients, reviewing the various markets, and making investment decisions. While this role is already a mainstay at many financial firms, it’s expected to expand further in the coming years given the market volatility that’s projected.

This job requires CFAs to review and analyze publicly traded companies. This analysis is then used to make recommendations on securities and trades, which are influenced by the data that is gathered.

While maybe not as powerful as some managerial and executive positions within companies, research analysts significantly influence the stock market with their evaluations. Investigating securities means that this role will work in conjunction with the SEC, as that agency will be monitoring this area of the financial world.

Accounting for a sizable portion of the CFA charterholders after passing the exam, analysts are generally assigned to one of three areas: sell-side, buy-side, or independent analysis. This designation will influence the area of the market or which securities that are being handled by these individuals.

While not the most exciting of the CFA jobs, the risk manager is among the most important. And, it’s also the most transparent title, as the majority of people in this role will be assessing and mitigating the risk to which their given firm is exposed.

Risk managers advise organizations on how to avoid certain risks or limit risky behavior within certain sectors of the market. Like other jobs in the financial sector, this role is likely to increase in importance in the coming years.

While this isn’t an extremely common route for CFA charterholders, there are plenty of CFAs who work in consulting roles throughout the financial industry. Since the CFA is geared toward asset/portfolio management, there isn’t an abundance of roles for consultants in this specific area. However, there are investment consulting positions that pay well and offer flexibility for people with work experience as well as their CFA accreditation. 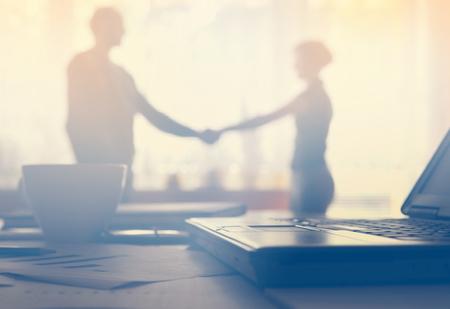 If you’re wandering around the C-suite at any major financial company, you’re going to run into quite a few CFAs. Charterholders often end up in the chief executive role due to their financial aptitude and experience in the industry. While it’s not a must-have to attain this position, carrying the CFA accreditation is definitely a benefit for anyone who wants to climb the corporate ladder.

Firms look to these analysts for big-time financial decisions that are largely based on meticulously culled data. These individuals provide companies with actionable information with regard to liquidity, solvency, stability, and profitability.

In this role, CFAs assess some of the overall market risks while also providing firms with some financial benchmarks and projections.

With so many available positions in the financial industry—this is just a select listing of jobs—it’s no wonder why being a CFA is so desirable in the modern economy.

So, it’s really a matter of finding the right CFA prep course, studying for the tests, and being patient enough to go for the whole accreditation. Having that CFA designation after your name will bring you much success in the coming years.