Macroeconomics is the ‘big picture’ perspective of economics. It tries to explain aggregate changes in macro factors such as inflation, national income and gross domestic product. A macroeconomist observes business cycle fluctuations, upward and downward movements in economic growth. Central bank and the government look at macroeconomic factors keenly when observing a country’s economic health. Fiscal and monetary policies are defined by macroeconomic variables.

This reading list on Macroeconomics kicks off with John Maynard Keynes, the founder of Keynesian economics and closes with two books that study the impact of the Covid-19 pandemic on the economies of the world.

The General Theory of Employment, Interest and Money by John Maynard Keynes Keynes believed that government intervention was required for the economy to reach full employment. Aggregate demand or total spending by households, firms and the government were the key thrusters to the economy, according to Keynes. Free markets did not have a self-balancing act through which they would reach equilibrium. Keyne’s theory said that it is only through government intervention this was possible. Students of Macroeconomics could start with this book by Keynes. Get the Book - The General Theory of Employment Friedman is considered the pioneer of the Monetarist theory, in which he elucidates how the government can prevent the economy from going into a downward spiral by pumping money when the early signs of an economic depression present themselves, rather than later in its life cycle. His quintessential papers on economic theory can be found in the book Milton Friedman on Economics. Some of its components are Nobel lecture: Inflation and Unemployment, Interest Rates and the Demand for Money, Government Revenue from Inflation and A Statistical Illusion in Judging Keynesian Models. Get the Book - Milton Friedman on Economics 14 papers on business cycles are compiled in this book. The author wrote these papers in collaboration with Leonard Rapping and Edward Prescott. Some of the papers in the book are Unemployment in the Great Depression: Is there a full explaination?, Expectations and the neutrality of money, Real wages, employment and inflation and Methods and problems in Business Cycle theory to name a few. Get the Book - Lucas: Studies Business Cycle Theory

Principles of Macroeconomics by N.Gregory Mankiw A Concise Guide to Macroeconomics: What Managers, Executives, and Students Need to Know by David.A.Moss This book is good to attain a conceptual understanding of Macroeconomics, focusing more on its principles and relationships rather than the mathematics of it. The fundamentals of Macroeconomics are presented in a relevant and accessible manner.

David.A.Moss developed this as a primer for his students at Harvard Business School. The first three chapters cover the fundamentals of Macroeconomics, followed by a history of the U.S monetary policy. Chapter 5 covers how to read GDP accounts while chapter 6 covers balance of payment statements. Exchange rate and and the factors that drive the currency are covered in the subsequent chapter. Get the Book - A Concise Guide to Macroeconomics

Macroeconomics Theory and Policies by Richard.T.Froyen 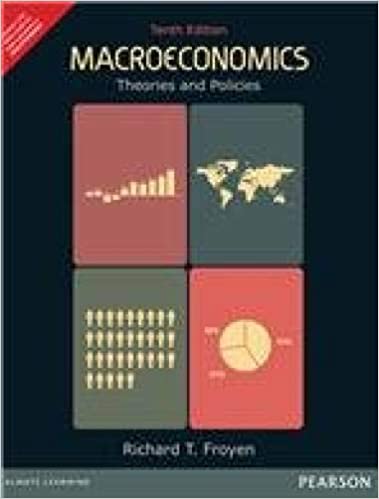 This is an excellent book for intermediate macroeconomics. First published in 1978, this revised edition has all the older elements but is now enriched with current research. The book focuses on the various models that are used in macroeconomic analysis. It also explains how students can use these models to assess current affairs through the macroeconomic filter, using these models. Get the Book - Macroeconomics 12th Edition

International Macroeconomics for Business and Political Leaders by John.E.Marthinsen 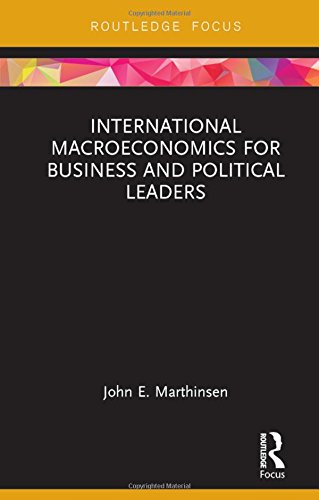 The interconnectedness of the economies of the world is clearly explored in this text. The impact of goods and services, credit and foreign exchange, the three macroeconomic markets, are used to do this. The author believes that this text is useful to both beginners of and those conversant with macroeconomics. All concepts have been explained with minimum use of graphs, so that they are accessible to everyone.

The measures of economic health, two keys that unlock international macroeconomics, goods and services market, fiscal policy, foreign exchange market, balance of payments, an overview of financial markets, credit market, money, banking and central banks, central bank tools and monetary policy and a concluding putting it all together chapter are the contents of the book. Get the Book - International Macroeconomics for Business and Political Leaders

Principles for Dealing with the Changing World Order: Why Nations Succeed and Fail by Ray Dalio Ray Dalio wrote this book based on a number of studies. These studies include, Productivity and Structural Reform: Why countries succeed and fail, and what should be done so failing countries succeed; Populism -the phenomenon which studied the impact of populist leaders of the left and the right and how it impacts the economy, wealth and power. He further wrote a paper on The Two Economies: the top 40% and the bottom 60%. He also wrote Why and how Capitalism Needs to be Reformed. The author thanks to his trips to China for the last 37 years has his hands on the pulse of the Chinese economy and conversations with economists and thinkers in China. He brings his knowledge from all his previous studies to understand a new pattern in the world economy.

He believes that the long-term debt and capital market cycle has never seen so much debt at such low rates of interest. Wealth and political gaps are much larger than they have ever been. The author tackles how these new and big changes can be handled. Get the Book - Principles for Dealing with the Changing World Order

Macroeconomics and the Wage Bargain: A Modern Approach to Employment, Inflation, and the Exchange Rate by Wendy Carlin and David Soskice 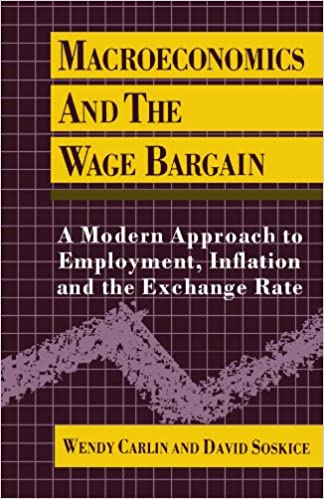 This macroeconomics book is suitable for intermediate level students and has a special focus on labour markets. The book takes a look at applied work in unemployment, inflation and external balances. It presents a neo-Keynesian perspective on Macroeconomics in which wage bargaining and price setting under imperfect conditions are made under product and labour assumptions. Get the Book - Macroeconomics and the Wage Bargain

A compilation of interviews with fourteen economists, including five Nobel Laureates. Their unique perspectives discuss the changes in macroeconomic theory and policy. It points towards the changes that are taking place in macroeconomics. An excellent book for those who want to understand the changing landscape of macroeconomics from some of its very best proponents. Get the Book - Conversations With Leading Economists: Interpreting Modern Macroeconomics

Economics in the Age of COVID-19 by Joshua Gans We would be failing if we did not include the impact of the Covid -19 pandemic on economics today. In this book author Joshua Gans looks beyond the chaotic short-term perspective to look at the systemic impact of the pandemic and how it has impacted economic decisions. Get the Book - Economics in the Age of COVID-19

Economic Policy and the Covid-19 Crisis: The Macroeconomic Response in the US, Europe and East Asia (Routledge Studies in the Modern World Economy) 1st Edition by Bernadette Andreosso-O'Callaghan, Woosik Moon and Wook Sohn (editors) The various monetary and fiscal policy responses implemented by the governments in major European and Asian countries faced with the Covid-19 crisis since 2020 are compiled in this book. The US experience is also documented.

It provides a comparative study on health crisis management at the macroeconomic level. It elaborates on the monetary and fiscal policies implemented across different countries in Asia, Europe and the USA. Different countries are dealt with in each chapter. The impact of Covid-19 through the macroeconomic lens, the fiscal and monetary responses to the economic and health consequences are discussed. It also details how effective the policies used were. Get the Book - Economic Policy and the Covid-19 Crisis