Best Movies about Money and Finance

We compiled a list of some of the best movies related to finance, financial crisis, and stock markets. This documentary feature takes an in-depth look at the rapid rise and dramatic fall of New York Governor Eliot Spitzer. Nicknamed “The Sheriff of Wall Street,” when he was NY’s Attorney General, Eliot Spitzer prosecuted crimes by America’s largest financial institutions and some of the most powerful executives in the country.

Enron: The Smartest Guys in the Room 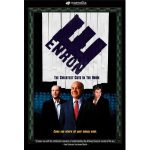 Narrated by Peter Coyote. How can America's 7th largest corporation crumble into dust? This shameful expos+ª rips open the nation's darkest corporate scandal, one that left thousands of investors and dedicated employess with virtually nothing as a tiny handful of top execs walked away with billions. FRONTLINE examines the shadowy world of international bribery, revealing how multi-national companies create slush funds, set up front companies, and make secret payments, all to get billions in business. These practices are facing a new international crackdown.

Frontline: Inside the Meltdown 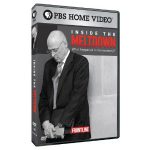 FRONTLINE investigates the causes of the worst economic crisis in 70 years and how the government responded. The film chronicles the inside stories of the Bear Stearns deal, Lehman Brothers collapse, the propping up of insurance giant AIG and the $700 billion bailout. FRONTLINE producers Martin Smith and Marcela Gaviria unravel the story behind the world s first truly global Ponzi scheme a deception that lasted longer, reached wider, and cut deeper than any other business scandal in history. 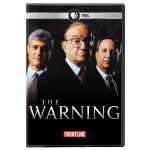 In the devastating aftermath of the economic meltdown, THE WARNING sifts through the ashes for clues about why it happened and examines critical moments when it might have gone much differently. As he did with the occupation of Iraq in No End in Sight, Charles Ferguson shines a light on the global financial crisis in Inside Job. Accompanied by narration from Matt Damon, Ferguson begins and ends in Iceland, a flourishing country that gave American-style banking a try–and paid the price. Set in the high-stakes world of Wall Street, MARGIN CALL is an entangling thriller involving the key players at an investment firm during the earliest hours of the 2008 financial crisis. When an entry-level analyst unlocks information that could prove to be the downfall of the firm, a roller-coaster ride ensues as the firm’s employees must weigh whether to save their own company at the risk of fleecing millions of investors.

The Ascent of Money: The Financial History of the World In the four-hour version of THE ASCENT OF MONEY, historian and author Niall Ferguson seeks to explain the financial history of the world, exploring how our complex system of global finance evolved over the centuries, how money has shaped the course of human affairs and how the mechanics of this economic system work to create seemingly unlimited wealth-or catastrophic loss.

Too Big to Fail Based on the bestselling book by Andrew Ross Sorkin, Too Big To Fail offers an intimate look at the epochal financial crisis of 2008 and the powerful men and women who decided the fate of the world’s economy in a matter of a few weeks. 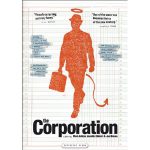 Mixing dark humor with dramatic fact, this breathtaking documentary examines the immeasurable impact that big business has had on contemporary life. 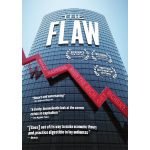 Today, a question haunts America: what exactly caused the world s greatest economy to crash and burn? And why is it so slow to recover? From award-winning documentarian David Sington (In the Shadow of the Moon), THE FLAW tells the story of the credit bubble that caused the financial crash through interviews with some of the world's leading economists